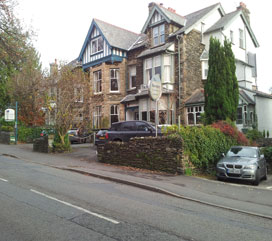 Our client Steve had banked with his original lender for a number of years when they decided that they wanted to reduce their market share and exposure to the Hospitality sector, giving Steve only a six month window to re-bank! Steve contacted a number of high street banks and spoke to a mortgage broker in a bid to resolve the situation which found himself in, unfortunately to no avail and was on the verge of throwing in the towel, when one of the banks he had contacted put him in touch with Lakeland Finance, as we specialize in commercial finance.

We met and discussed his dilemma, it was clear to us that there was a deal to be done, we just needed to  re-work the figures and re-package the deal so we could get it out to the lenders that we knew we were going to have a higher degree of success with. Once complete, because of our market knowledge we contacted the various lenders who we knew would be willing to lend on the deal, even re-presenting the deal to some of the banks Steve had been initially turned down by! Within two weeks of our initial meeting with Steve we had an offer on the table and we were then able to clinch a deal with a lender he had already spoken to and refused by, securing a higher amount of lending than Steve had thought possible over a significantly longer period and with a very attractive fixed rate for the duration of the facility.