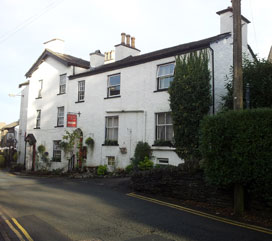 Graeme and Shirley had both been involved in hospitality for many years until they finally decided to take the plunge and buy their own business, so they approached a couple of high street banks directly to see if they could borrow the money they needed but unfortunately didn't seem to get very far! Then Graeme heard about Lakeland Finance from a friend and made contact, we met with Graeme and Shirley to discuss their situation and what they wanted to achieve.

After discussing their requirements, recognising their strong work ethic, background in the industry and ideas for the business we began to structure a deal which included the re-finance of their existing properties and a loan against the guest house/hotel that they wanted to purchase. By looking at the bigger picture and including other assets into the equation we managed to structure a deal that was more likely to have a successful outcome and which we could be put to lenders. Within a couple of weeks of sitting down with Graeme and Shirley we had secured the lending that was required for them to purchase their dream and get on with running what has turned out to be a very successful business.